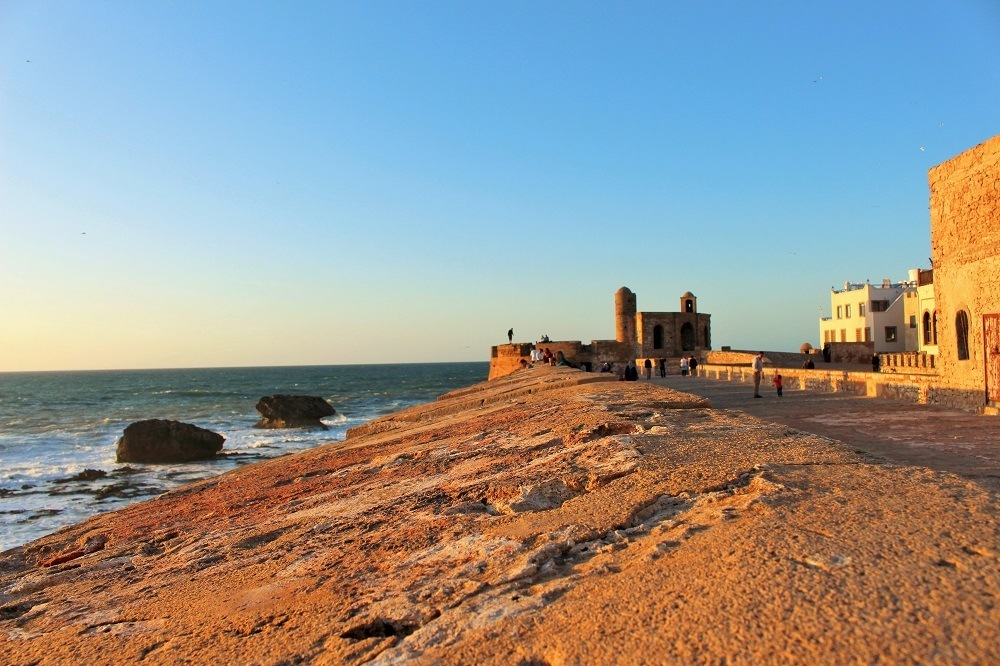 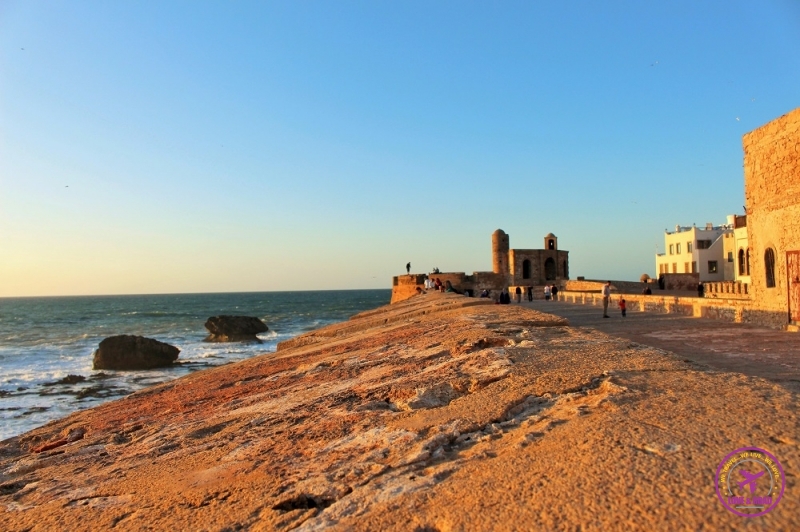 An ancient walled city with a strong wind that blows 24 hours. Essaouira, Morocco, is a stunning beach, a kitesurf paradise, and Game of Thrones location.

I’m looking at my notebook for almost 30 minutes struggling to find the correct words to write about Essaouira, Morocco. I loved that city, the relaxing atmosphere, nature and the history, but I can’t find a proper way to describe it.

Essaouira, Morocco was beyond my expectation!

After three hours on a bus (with a Moroccan girl that never stopped talking on her mobile, annoying!), we arrived in Essaouira, Morocco. We dropped the bags at the hostel and started our expedition around the city. Suddenly we were in front of the big wall, the cannons and one of the most beautiful sunset I have ever seen! 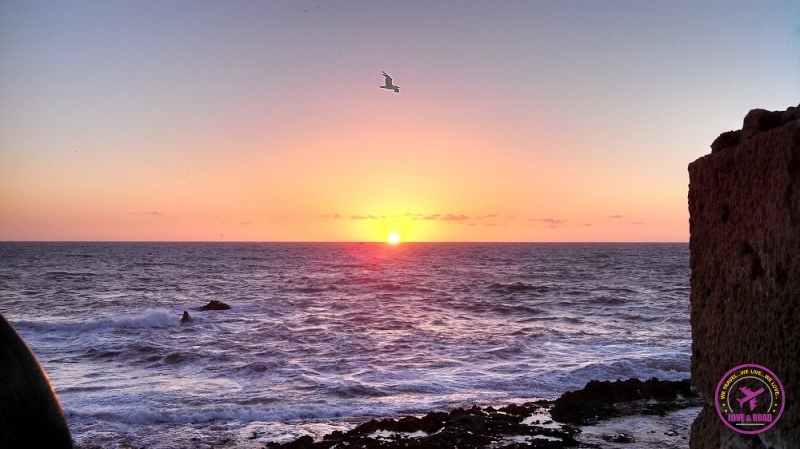 Probably you have already seen this place. The wall, the cannons and the sea from Essaouira, Morocco, got really famous as Game of Thrones filming location. So not a doubt that Essaouria  is a stunning place.

The scenes of Game of Thrones were mostly shot at the seaside wall, around the fortified entrance of the port and at the old alleys inside the Medina. 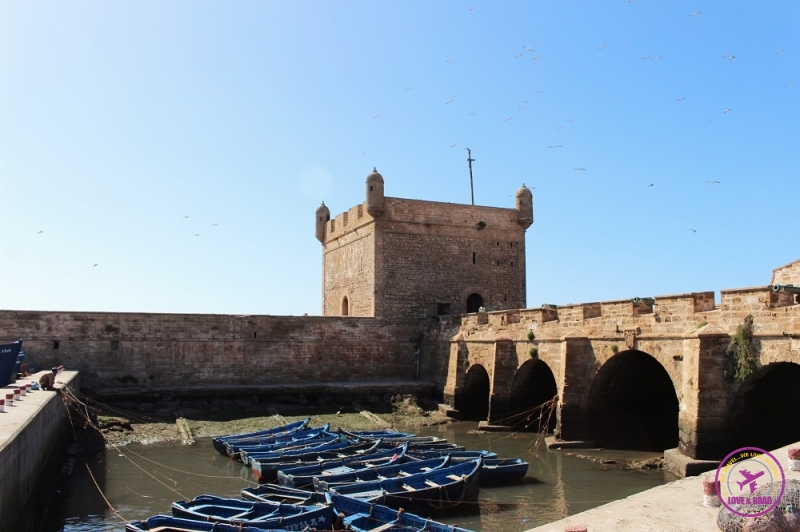 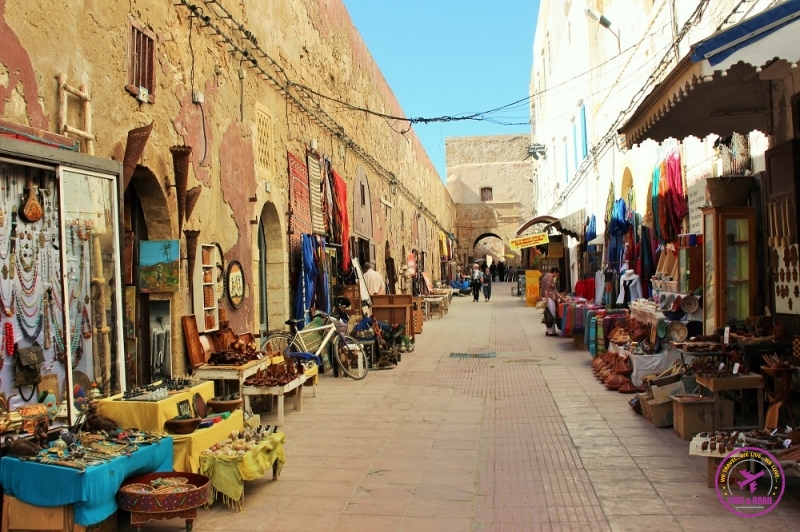 Back in 1500, the city was called Mogador, Portugal’s port city used as a base to reach South America. Because of that, Essaouira has a mix of Arabic – European architecture and groove.

It’s hard to explain this town because it’s a Moroccan Muslim city, but the feeling of being there is so laid-back, different from other towns we visited in the country.

Men and women dressed like Muslims share the streets and the beaches with hippies, hipsters, and kitesurfers. Don’t be surprised if someone offers you hashish in the middle of the street. Although alcohol drinks are very expensive and you can find them in a few places.

What a mix! What a great mix!! 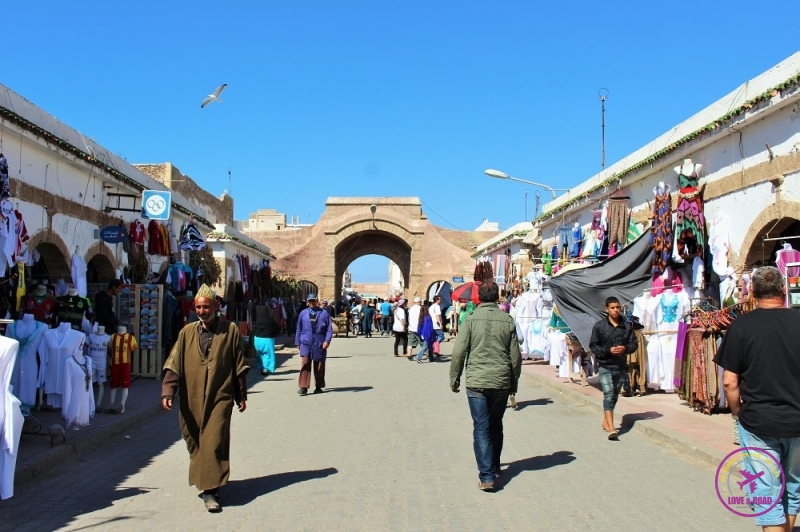 Another good thing about Essaouira is that even being a touristic city the local sellers are not pushy or annoying like in Marrakech or Fes. Rob has a great example for this:

“While in Marrakech the guy will walk behind you trying to guess your language and sell his stuff, in Essaouira the same guy will be seated in his shop drinking tea. When you look at him, maybe he will say “Hello” and point to his goods. That’s it! No hassle, no problem, you can even go inside the stall and leave without talking to him.” 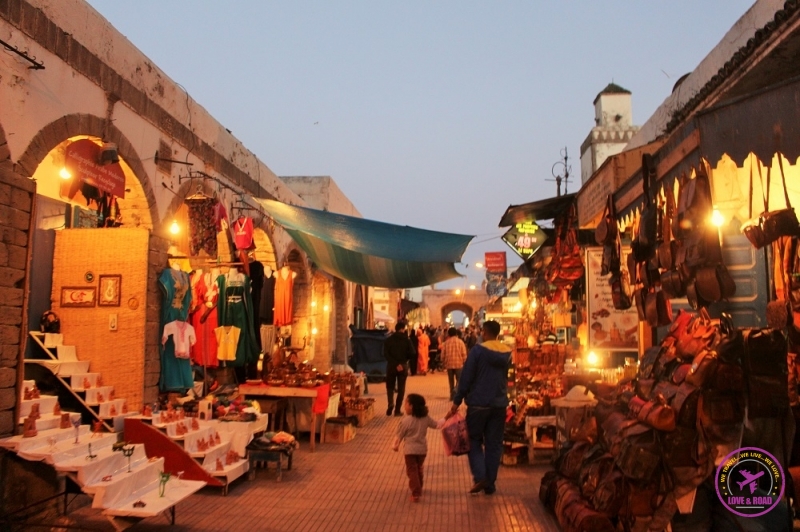 And of course, for us the best part of Essaouira was the beach! The wind blows 24h – 7 days a week, non stop. The salty wet breeze makes your eyes watery, but we never got tired of sitting there to watch the kitesurfers.

Amazing waves, a paradise for pro and an opportunity for beginners. Essaouira is plenty of surf, kitesurf and windsurf schools. For all tastes, levels and pockets. You can even book surf lessons and a camel ride after the waves. 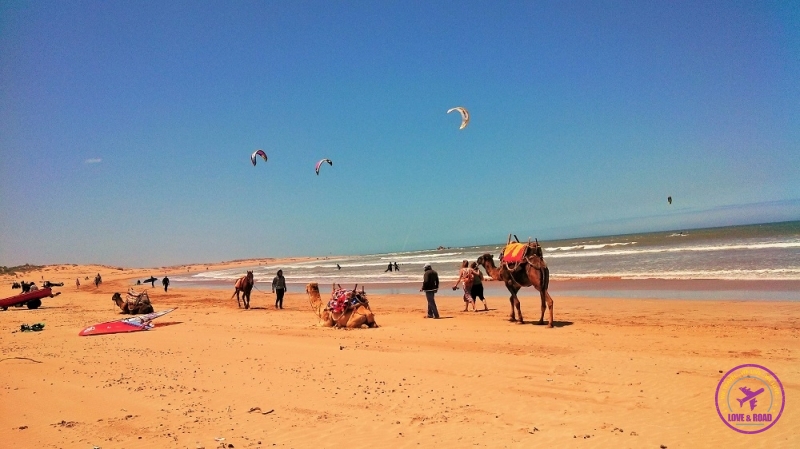 Rob, my surfer man didn’t enjoy the sea and the waves. We were there in May for three days and the water was freezing. Too cold and the waves weren’t that good.

The beach near the town has some restaurants, place for bikers and for runners. Sand and Sea as far as you can see. One morning we decided to go for a run, after seven kilometers we still couldn’t see the end of the beach, it seems that it goes forever.

In our way, stones, some ancient ruins on the sea, cows sunbathing and a sport accident. During our 14km run Rob twisted his foot and till now (5 months later) it is still a problem. 🙁 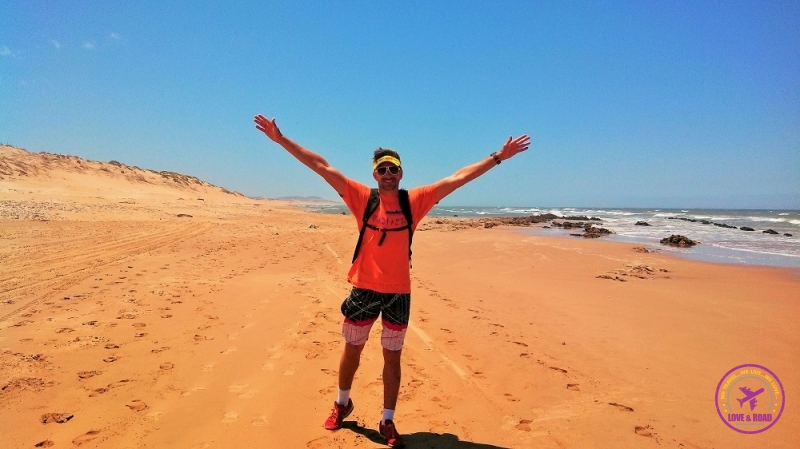 Essaouira was a great present after 10 days in the wacky Marrakech. Simple accommodation (we stayed at Dar El Pacha, Dar means a Moroccan house bigger than a Riad), good food with fair price, and relaxed travellers.

This place is special! Something about the energy, the ocean winds and the golden sunsets that enchanted millions of visitors, including Jimi Hendrix. The famous musician visited the city in the summer of 1969 and since then some of Mr. Hendrix´s tales are still alive in Essaouira streets. Only visiting Essaouira, Morocco to understand it!

Have you already visit a city that was beyond expectations? Did you know about Essaouira, Morocco before?